Can't get enough of Orquesta Típica Andariega? Shortly after they released their album Avanti, which I reviewed in my previous post, Sexteto Andiamo released their first album Gira Gira. 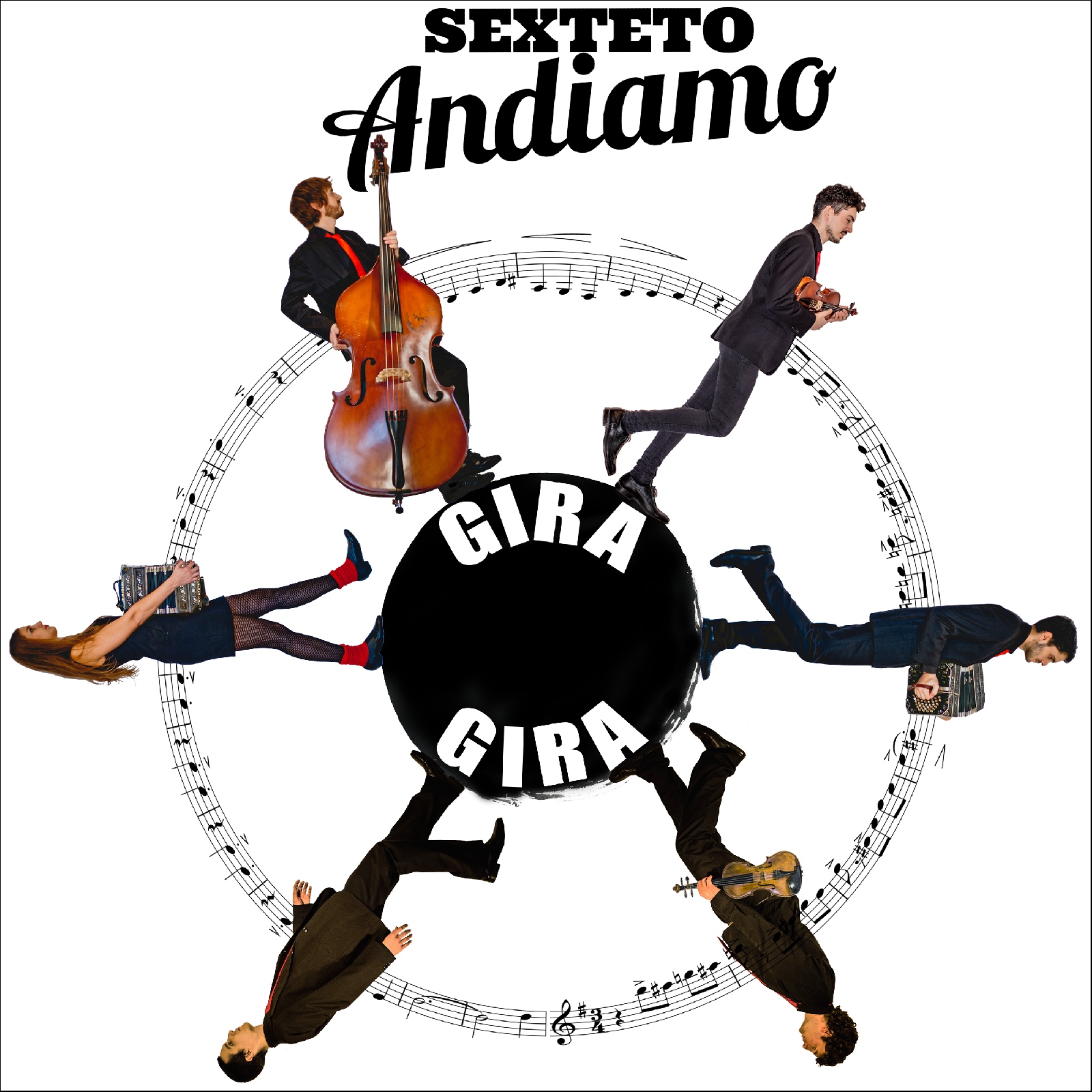 The band leader is the same - Luigi Coviello. Hence, the arrangements and the sound is to a large degree identical.

The album is made up of ten songs, all instrumentals, three of which are original compositions and two of them we're hearing for the first time. The eponymous Gira Gira is an instrumental remake of Coviello's vals, which we've first met on the album Andiamo by Orquesta Típica Andariega.

Coviello's arrangements are always clever, distinct, and there is no "red line". He is not afraid to take a tune to a completely new direction. Jamas retornarás, for example, keeps the basic elements recognizable but throws out all Caló's pathos and seriousness.

Same with Quiero verte una vez más. The introduction of the theme is maximum staccato, a bullet show. It only comes back later in the legato form.

Caricias received a more reserved treatment. The mood is still lyrical and the bandoneon sings beautifully after the staccato introduction by the violins.

Of the remakes, Buscándote shines the brightest. The staccatos are kept in check, the mood is relaxed and happy as it should be. The arrangement has the most fidelity without being slavish.

Of the original tunes, I want to highlight the milonga Nácar. It has the right milonga signature beat, a distinct idea that it develops to its potential, and is catchy in the right way - in that it prompts you to dance.

The album has the qualities to source DJ sets. The tempos are all just right as are the durations, never exceeding three minutes. Whether or not you want to take the chance depends on how open-minded your audience is regarding unfamiliar arrangements.

If there's one area where the band could improve, it's the violins. Often they are not in tune together, especially in the higher registers. It's not yet painful but a discerning listener will take notice.

Having said that, I believe that the quality and originality of the arrangements and the band's dedication to producing music for dancing more than make up for it. There are not that many bands that have both a distinct sound and all the danceability of the old masters. Sexteto Andiamo does.