Back when times were normal, you could frequently hear them and dance to their sets at various festivals in Europe.

Those times, I believe, will return one day. At least in terms of tango events, they will. Although, you'll notice I am not predicting when.

Their previous release, Para bailar, was a very satisfying re-edition of their earlier work for dancers. Quejas de bandoneón continues in the same direction, with a few exceptions we'll note.

Let's get into it.

The song that kicks off the album, Quejas de bandoneón, is one of three I would classify as "tango nuevo." It is concert music, full of disharmonies and rhythmical irregularities, making me worry about what was coming next.

Such a pity - the very same tune appeared on their previous album in a milonguero arrangement.

Thankfully, it was an exception to the rule. The following eight tracks in a row were made for dancers!

Comme il faut barges in with gusto. It's closer to Troilo's 1938 version than Di Sarli's by almost 10 BPMs (I'm talking tempo, not arrangement). Fast and convincing.

La clavada reminded of D'Arienzo's 1940 take. Here as then, it is very sharp, as if the musicians were dancing on embers.

Mandria without Echagüe? Or, excuse me, without Bustos (my favorite)? Yes, it can be done. People will argue about having or not having missed a singer. I did, but just a tiny bit. The instruments are doing what they can to cover for him.

Felicia continues with the high tempos and staccatos established in the previous three songs. So much so that it would be trivial to make a tanda out of them (your extended choice includes El choclo and El entreriano, which are coming up shortly). Truly lovable fast instrumental. Also, it's fast but not as crazy as the version on Para bailar.

Invierno, made famous by Canaro and Maida, also comes without a singer here. The arrangement is such that you might not care - the violins are doing a tremendous job. Sweet and kitschy, as it must be, relaxed but not too slow.

El choclo brings the BPMs back up. I really enjoy the consistency of the faster songs on this album. The phrasing is so cohesive as to make the tanda-making a joy.

El entrerriano is the last of the fast tangos. It's about as fast as D'Arienzo's or Biagi's versions without trying to imitate either. My favorite is the super-fast edition by Orquesta Silbando. This one competes for the 2nd spot - in my imaginary tournament anyway.

The milongas Papas calientes and El torito are both very agile but do not speed up unreasonably. Whether you can afford to play them for your dancers depends on how many milonga-lovers you'll have on the dance floor. Of the two, El torito would be my first preference as it is very playful and oozing good mood.

I will rather avoid commenting on the two "nuevo" tracks that follow, El marne and Ojos negros, other than to express regret about the missed opportunity. It shows that no matter how hard they try, musicians sometimes get fed up with not being the center of attention (my interpretation). But, who wants to listen to tango sitting down?

I anticipated that Por una cabeza would also stray into the concert music territory, but it didn't! It revives Carlos Gardel's classic in a fresh and danceable way. I would be quite happy to end a romantic tanda with it!

The album concludes with La cumparsita. Too obvious, say you? Not so fast! This version is a vals. It's guaranteed to put smiles on dancers' faces, even as it means the event is coming to an end (if that's what the local manners dictate).

This is not the first time somebody has done it - The Tango Group (a now-defunct American band) did it years ago. I think that a repeated joke works quite well here, however.

All in all, this is a solid album with a lot of new material for milongas. A clever DJ might sneak in a tanda or two, even for a very conservative audience. The band has been super popular with dancers, and for good reasons.

When it strays from its mission, it still plays great music with incredible professionalism and dedication. It proves that it plays the premier league. Hopefully, they will have convinced themselves of it by now, and won't feel the need to stress the argument too often.

As we are unlikely to dance to their music live, neither this season nor next, I recommend that you grab the album and have a listen! Or better yet, tell your favorite DJ to do the same and play the music at a milonga. It's worth it. Bandonegro, a Polish milonguero band, is back with another album - Color Aires. Let's dive in! 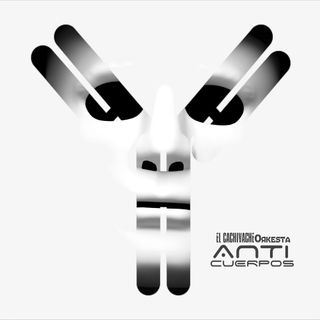