Dancers who enjoy touching lyrical valses have a good friend in Alfredo De Angelis. Most loved for the Dante / Martel duets from 1940s, he offers a vast amount of danceable material that goes far into 1950s and 1960s. This tanda features his collaboration with Juan Carlos Godoy. Be warned: they go straight for your heart.

Why I built it this way

Opening the tanda is arguably the strongest song, Angélica, which I would just as much loved to use as a closer. The key is a-minor and the tempo around 64 BPM, meaning it's just the right speed for most levels.

The YouTube video I've used has the lyrics in English, too, and they talk about what you'd expect: a memory of a rather impressive woman of this name. Jokes aside, it's a convincing lyrical masterpiece.

Maldito corazón opens in D-major in a slightly faster tempo, about 68 BPM. It is not a happy, vals, however; once Godoy arrives on the scene, the key switches to B-minor and stays there. He sings in a very agitated fashion and showcases his mastery without being showy - he's still very precise on the beat and guides the couple well.

I could not find its lyrics.

Inconveniently, the song has a slow, beat-less sung coda of about 10 seconds at the end. I don't generally like having a song with a slow end in the second-to-last place in any tanda, for the obvious reason that the dancers might think it's over. Here, luckily a few beats in the original tempo follow the coda to make a bridge to the last song.

Hermana returns to the mood of the opening tune, again in A-minor but with keeping the tempo of the preceding song. Frankly, I don't know what to make of the lyrics, even after using Google Translate. Most likely it's about one's sister who's no longer around. There's no ambivalence in its musical expression, however. The ending is strong and resolute.

I would use this tanda anytime I needed lyrical valses. Even though the recordings come from the later era, 1958-1961 to be exact, I would not hesitate to play them even in the first or second hour of a milonga. The beat is crisp and regular and the singing does not overwhelm you.

A larger dance floor would be a definite advantage. It would not be as satisfying to express these valses in a tight, space-limited ronda. 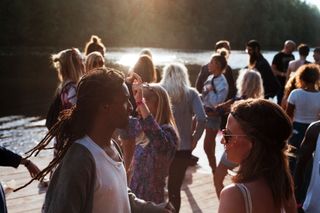 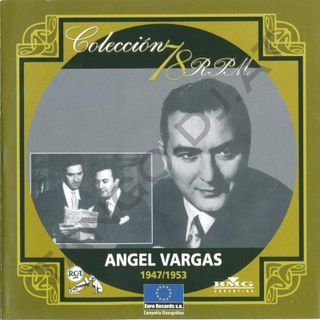 This music paints on a large canvas with pastel colors and requires focus and musicality. I feel like I can only play it when I've captured my audience 100% and they aren't distracted by off-ronda entertainment like talking and drinking. Then they'll be rewarded.