Pedro Laurenz was pretty progressive in his time.

In Tango Stories - Musical Secrets, Michael Lavocah wrote that in Arrabal, recorded in 1937, Laurenz ushered in the Golden Age era. Quoting from memory but that's the gist of it.

In case you need a reminder, here it is:

It sounds years ahead of its time. Was Laurenz somehow influenced by young Pugliese, who played the piano in his first own orchestra, or was it vice versa? Either way, it's emblematic of Laurenz's approach, and it is along these lines that this week's tanda is composed, although Arrabal is not in it.

So, what is inside?

I am starting the tanda with Mala junta as it is catchy, playful, and instantly recognizable.

Orgullo criollo follows up with an upbeat motive, never too serious about itself even as it develops some lyrical material in the alternating theme.

In case the leader was less than ideally prepared for this tanda of surprises, Poca suerte should give him time to collect himself. It provides a brief rhythmical respite with its ultra-regular beat. I haven't heard this track until I bought Laurenz's complete discography at Tango Time Travel. Interestingly, Laurenz is the only one who's ever recorded it.

It provides the tanda with a deserved lyrical apex, for which the first two tracks provided the general direction. I wouldn't use this song in any other position, I think; it is quite complex and taxing on the leader, designed to get the best out of you as you express it with your feet - and then you'll need a break, that's for sure.

I would use this as a drop-in replacement for a Pugliese instrumental tanda. Indeed, that's what I did last Wednesday when I played it about 40 minutes before the Cumparsita. It's full of musical tricks and surprises, so it can mess with your head if you are unprepared. It's on par with anything Pugliese recorded in this period and deserves to be played and danced.

Tanda of the week: Pugliese valses 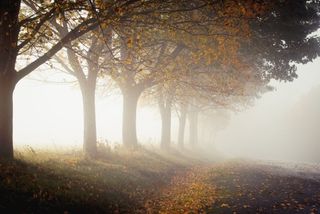 These Pugliese valses start on a positive note then dive deep into more lyrical waters.

This mix progresses from a very romantic starting point towards a place that is somehow more solid, if you will; it's not a weepy tanda. It is lyrical but also quite masculine.