There was a time I played tandas with Miguel Caló and Raúl Iriarte on most milongas. And then I started to favor his other singer, Raúl Berón, and years went by while I neglected Iriarte. I don't know what I was thinking then; what I feel now is regret. How could I miss out on so much beauty?

Raúl Iriarte is arguably the less-known cantor of Miguel Caló's 1940s orchestra, behind Raúl Berón but ahead of Roberto Arrieta if you don't mind me constructing this arbitrary pyramid of fame. Just from my dancing experience, such as it is, I tend to hear Berón a lot often than Iriarte.

This is somewhat unfair, since Caló's discography with Iriarte dwarfs that of his rivals by a factor of 2 or more. And there's a lot more than Trenzas and Verdemar to it: in fact, it's hard to dismiss any one record as a filler or worse.

And yet, when I looked into my DJ sets, I found a glaring discrepancy. Some tracks tend to appear disproportionately more frequently than the others: I played Gime el viento nineteen times between 2016-2019, whereas I've only played Bohardilla twice between 2014-2015 and not a single time after that.

And so this tanda of the week is a product of my recent re-acquaintance with Raúl Iriarte as I have recently purchased the 2nd part of the superb Tango Tunes transfers. You're going to want to purchase these, too, if you want to experience the music in the highest quality available today; this YouTube playlist is just a teaser.

I picked only songs that I played three times or less in the nine years I've been DJing, and yet I've ended up with what might, maybe with the exception of Orquestas de mi ciudad, be considered "hits". And if they aren't hits today, they used to be so, and will be again. Romantic Golden Age tango reached its sweet spot of lyrical expressiveness and danceability here (notice the qualifier "Golden Age", however).

With this tanda I used the pattern lyrical-lyrical-mixed-lyrical, meaning only the penultimate song alternates lyrical and upbeat themes and the rest is all in minor keys. That tends to go well if it's time to tug on people's hearts. As I've said previously, I almost never play all four songs in the same key, and definitely not four songs in minor. The milonga should not evoke a funeral.

Considering a typical 3-hour weekly milonga, I would play Caló sometime in the 2nd hour. In terms of its lyrical powers and dancing complexity, I like to be somewhat warmed up to it, and at the same time, it's less than what I want from my peaks (think Pugliese with Maciel). This is mainstream, not niche, and it can fill many spots in your playlists. 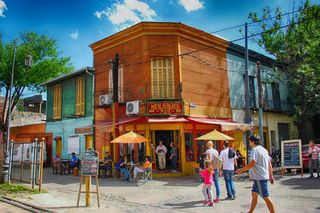 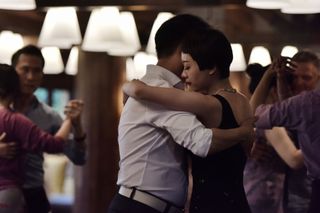 This Di Sarli tanda from the 1940s is designed for the intimate enjoyment of those who have nothing to prove to the world around them. Its energy is contained within the embrace and does not radiate outside.