It's been about a year since I last reviewed an album by Solo Tango Orquesta - Juntos - and since then, the band put this one and a few others on Bandcamp. Their new release that just came out is a live album Tango de Invierno recorded in Moscow a few weeks ago.

Is it worth listening to, and dancing it? You bet!

Merceditas, oh, Merceditas - Solo Tango's arrangement is so compelling you won't even realize it's an instrumental; the thought of missing the singer did not even enter my mind. They play it here a little slower than on the album Juntos and if I had to pick, I'd choose the album version but not by a large margin. Lovely.

The bandoneón intro in Poema has underwent some evolutionary changes since the song's appearance on Juntos while the rest of the arrangement seems to me to be identical. I perceived the overall to be marginally more plesurable here than on the album but again, not by much. Both are great.

In Desde el alma, the band takes a brief departure from their signature danceability: while the track hides nothing from the iconic tune, the arrangement goes on a side quest at around 1.30", enjoying prolonged rubatos. As a last song in a tanda, it might still work, I suppose; the music is very dreamy and seductive, and so perhaps the reluctant leader will be brought into the game... very possible!

On the other hand, Amor y vals is a straightforward dancing pleasure. I am impressed how the pianist managed to perform his Biagi-like arpeggios without slowing down the beat at all... while the band plays a few BPMs faster than Mr Biagi himself. Kudos!

The wonderful Buscándote sounds almost exactly like the album version from Juntos, and only the brief applause gives away that it's a live recording. Hard to pick favorites here.

Integracion is a compelling but rather difficult to follow narrative, and as a DJ I think I'll pass but that does not take anything away from the music itself.

You could argue that A Evaristo Carriego is also better enjoyed as concert music but here I am open to both interpretations. You'll have likely danced to one of the many versions of this tune that are available, starting with Pugliese's. I think for a late night milonga this might find it's place in a set.

The sole milonga on the album is Papas calientes, and it is a treat! While fast, it's also quite short - under 2 minutes. As a dancer, I would surely be disappointed it's over so fast but grateful that I had the chance to dance to it just the same.

There's a fun break at around 1.11" that's totally unexpected, and is sure to provoke cheers in the ronda. Lovely!

The closing song, Mi dolor, is just as sharp and driven as the album version. Somehow it feels more intense, more involved, which might be just due to a different recording setup. It's a burning ball of dancing energy, guaranteed to smite the dancing audience with joy.

Solo Tango Orquesta is a staple in my playlists, and I am thankful for everything they release. Might they be interested in adding their older albums (Historias de Tango 1-3) on Bandcamp, too, I wonder? They cannot be purchased anywhere other than used, I think, and that's too bad.

Given how precise the band is technically, I would not mind mixing tracks from this album with their studio music. You will hardly notice. I liked some tracks better live, and I prefer others from the prior albums, but the difference is hardly noticeable. I've enjoyed all of them just the same. 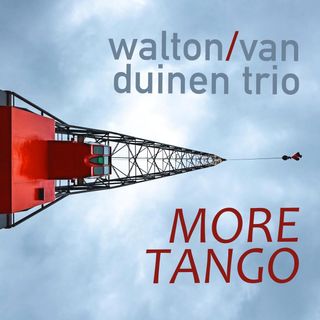 Let's have a look at a new album by the Dutch tango ensemble Walton/van Duinen. 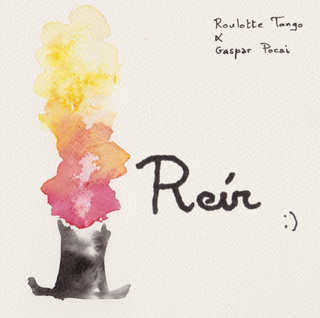 Finally, another review. The album "Reír" by Collectif Roulotte Tango came in the mail, and it is a pure delight.