Tango has at least two distinct traditions: one grown on the milongas, on the dance floor, another just sung - the canción.

This blog is first and foremost concerned with the former. A collector, however, will encounter, and perhaps cherish, albums with sung tangos that were not dedicated to the dancer.

A brief demonstration of the difference: here is El tango de la mula with Canaro and Famá, recorded in 1934, once as a dance piece and then again as a canción. You will notice that the former has a regular tempo suitable for dancing while the other features plenty of rubatos and the singer is way more prominent.

Arguably a third tradition might be the concert tango, nowadays firmly associated with its founder Astor Piazzolla. As it happens, I came to tango via Piazolla, by listening to the Yo Yo Ma album featuring Piazolla covers in 1999. But that tradition no longer interests me.

It is this album that I have on my desk today, figuratively speaking as it's just a collection of FLAC files on my hard drive, that works out all three traditions in nine tracks: Non Típicas by Tango de Minas. 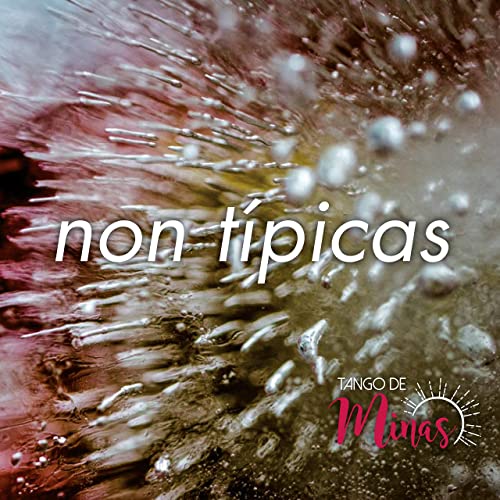 Before I begin, and also because I don't have all that much to say as you will quickly see, a brief complaint on how hard it was for me to purchase it.

You would think, in this day and age, that a citizen of the European Union ought to be able to purchase digital goods over the internet from any member state - but this is not so.

Whereas I would be able to get a physical CD from the German Amazon, they wouldn't sell me the MP3 album and not even tell me why - just show me an ambiguous error on the checkout page.

In the end, I registered on Qobuz, which also does not serve Czech citizens, pretended I was German using a VPN, and then semi-legally purchased the album there.

You don't have to - you can listen to it on Spotify, from anywhere I suppose. But this is a huge fail that only hurts the artists who can't really earn a living from streaming on Spotify.

This ensemble is indeed a-typical, and fresh sounding: the piano provides a familiar grounding, and then you have a cello doing a double duty of supporting the beat like a double bass would and at other times leading the melody like a violin would, then saxophone, percussion, and female vocals. No bandoneón, and I did not miss it.

The performances are technically superb, everything fits together.

There are nine tracks here, and I will only cover four of them. Why? There are two Piazzolla covers (Oda para un Hippie, Chiquilín de Bachín), two canción versions of tango classics (Los mareados, Naranjo en flor) and an arrangement of Ojos negros as a sonata for cello and piano. As a DJ I have no use for them.

I am going to go on another brief rant here and wonder, why would anyone want to just listen to tango these days? I'd imagine that back in the old days, one would huddle around the fire in the pampa at night and sing a song or two while the cows are asleep or are fucking or whatever. But today, in 2021? Consequently, why record it? And why the ongoing fascination with Piazzolla? He's grown out of the milonguero tradition (had his own típica back in the day), got tired of it, found and developed his own niche, which has served him well, and good for him - but what use do we have for him today? End of rant.

That leaves me with four tracks that give me a reason to write this review. All of them very unique, very inspirational, very edgy in a sense that I would have to plan them for my set with extra caution but with a potential for a big payoff if my timing is right (and a blunder if I am not).

Admittedly, they are all cancións, and I am imputing the dancing function into them as I don't believe the group worries too much about dancers. And yet, I believe in them, when the place and time are right.

The most straightforward is Satumaa, a Finnish song, performed in a regular beat of around 55 BPM, so on the slow side of a comfortable walk. I found the emotional appeal catchy, melacholic like tangos often are, and somewhat bitter-sweet.

El choclo starts with a slow intro that made me think it would be a concert piece, then develops a beat at around 0.30" and goes on with much flair and gusto, as a happy drunk stumbling back home from his favorite wine cellar, completely oblivious to the fact that the police hour has come and he's violating the COVID lockdown rules. While it's at times as fast as 67 BPM, there are many rubatos and tempo changes that require the leader to be vigilant. I think it's worth it. It's a lovely choclo, a rebellious choclo. Will dancers hate me for putting this on? Maybe. I will get them drunk first.

Arrabalera also begins hesitantly, then proceeds mostly regularly at the comfortable walking beat of about 61 BPM. There are not many rubatos, however the song is quick to change character, from soothing nostalgia to a playful, even raucous celebration. I love it.

The last of the four is the milonga Se dice de mí, where the group and especially the singer Ursula Cuesta squeezes the last drop of the comedic potential of this tune. It's quite fun with Quinteto Pirincho (Canaro) but the girls take to another level here. Not speaking Spanish, I don't know what Ursula Cuesta sings about in the latter half, but it sure does sound like she's had a drink or two and is complaining about a failed lover or somesuch. It's hysterical, nonsensical, and utterly amusing. The danger for the ronda is in the five stops, or pauses, the band makes throughout the song - I would only play it as the last song in a late milonga tanda. I guess. I so want to play this!

The challenge will be to find another group or two with whom I could mix one of these songs. Tango de Minas are quite distinct. I think Sexteto Fantasma, Tango Esquinas, maybe Chifladas - it'll take some work. But hey, that's why we DJs are paid so well, right? ;)

In the end, I am very happy with my purchase, and am hopeful that I will hear from this ensemble in the future. And please, be on Bandcamp, where it's so much easier to buy your music!

It takes two to tango but at least three to make tango, and possibly four to create a rich enough sound space for tango to flourish. Quarteto Sol Tango manage that beautifully. Their new release "Sin palabras" has been out since early January.