This mix progresses from a very romantic starting point towards a place that is somehow more solid, if you will; it's not a weepy tanda. It is lyrical but also quite masculine.

I wanted to play Ilusión de vivir as sung by Roberto Rufino accompanied by the orquesta of Leo Lipesker.

It's a swift vals with a wonderful "kick". And I'm hard-pressed to find another vals with Rufino from the same period that would fit.

I've tried various permutations and this is one of them.

Ilusión de vivir is placed second and you might ask, if you care so much about this tune, Tom, why not place it first or last?

Well, sure I could, just not in this tanda. In my vals tandas, I don't play any favorites and want all three songs to be equally strong and important. And so the 2nd place does not really mean that I think the song is weaker or whatever else in that direction.

As you can hear, the song lightens up the mood (C-major does that) while still being somehow lyrical.

Closing the deal is En el rosal by Juan D'Arienzo c. Jorge Valdez. Even sharper than Ilusión de vivir and with an equal great kick. The keys are G-minor/major.

I could play a vals tanda with just D'Arienzo and Valdez, sure. It's only here to help Mr. Rufino appear on stage. And I think it complements it nicely without contrasting too much.

This is a general-purpose vals tanda. I would use it anytime in the evening except perhaps the very first hour if the audience was lazy, or not yet warmed-up.

As a general rule, I like my valses to be swift and lyrical, and these fit both criteria. As for tempos, I prefer valses at around 65-70 BPM, and yes, we have a match again.

If interested, you can read more about how I mix vals tandas here.

image credit by "7 SeTh" on Unsplash

Tanda of the week: instrumental valses 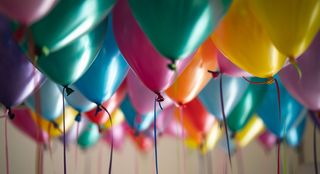 I give you an instrumental tanda built around a popular birthday vals, Lágrimas y sonrisas.

Tanda of the week: Tanturi instrumentals 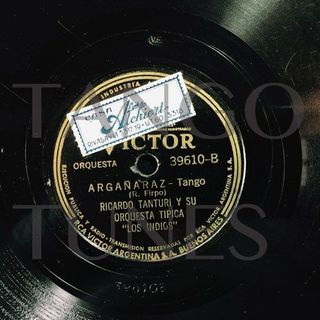 Tanturi's instrumentals from 1940s are one of my staples. I love the beats and the energy. So will your dancers!